Officer Bernadette Manuelito found the dead man slumped over in the cab of a blue pickup abandoned in a dry gulch off a dirt road, with a rich ex-con's phone number in his pocket . . . and a tobacco tin nearby filled with tracer gold. It's her initial mishandling of the scene that spells trouble for her supervisor, Sergeant Jim Chee of the Navajo Tribal Police, but it's the echoes of a long-ago crime that call the legendary former Lieutenant Joe Leaphorn out of retirement. Years earlier, Leaphorn followed the trail of a beautiful, young, and missing wife to a dead end, and his failure has haunted him ever since. But ghosts never sleep in these high, lonely Southwestern hills. And the twisted threads of craven murders past and current may finally be coming together, thanks to secrets once moaned in torment on the desert wind.

Note! Citation formats are based on standards as of July 2010. Citations contain only title, author, edition, publisher, and year published. Citations should be used as a guideline and should be double checked for accuracy.
Staff View
Grouped Work ID:
1f3ac3ca-14ef-2fc6-5074-b334abe15f5e
Go To GroupedWork 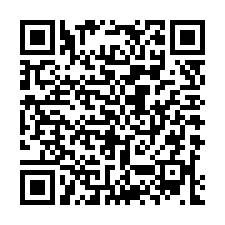