Description
Virgil Flowers is only in his late 30s, but he's been around the block a few times, and he doesn't think much can surprise him. He's about to be proved wrong.

On a hot, humid summer night in Minnesota, Flowers is in bed with one of his ex-wives when the phone rings. It's Lucas Davenport. There's a body near a veteran's memorial in Stillwater with two shots to the head. The victim has a lemon in his mouth - exactly like the body they found a week ago.

The more Flowers works the murders, the more convinced he is that someone's keeping a list, and that the list could have a lot more names on it. If he could only figure out what connects them. But when he does connect the dots, he almost wishes he hadn't. If his suspicion is correct, there will be a lot more trails - every one of them booby-trapped.

Note! Citation formats are based on standards as of July 2010. Citations contain only title, author, edition, publisher, and year published. Citations should be used as a guideline and should be double checked for accuracy.
Staff View
Grouped Work ID:
f8f8a9c2-5a5d-fbf9-a7c5-9fe36094e2aa
Go To GroupedWork 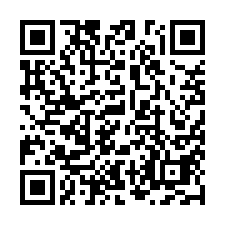