Description
Actress and writer Nia Vardalos, who became an overnight sensation with My Big Fat Greek Wedding, returns to the big screen with this gender-bending comedy. Connie (Vardalos) and Carla (Toni Collette) are best friends who've shared the same dream ever since they were teenagers -- making a name for themselves in the musical theater. However, after years of treading water on Chicago's dinner theater circuit and playing bottom-of-the-barrel nightclubs, the two are facing middle age with minimal career success. One evening after a performance, Connie and Carla have the misfortune of witnessing the murder of nightclub owner Frank (Michael Roberds) by low-level Mafiosi; the gals are seen by the shooters, and they hit the road in fear for their lives. Connie and Carla end up in Los Angeles, where they struggle to create new identities for themselves. After witnessing a drag review at a nightclub, they realize that even they have more talent than most of the men performing that evening, and they decide to pose as female impersonators in hopes of landing a gig. Connie and Carla's new act is an immediate hit, and soon they're the toast of L.A.'s gay community. But the women discover it's difficult to keep on fooling people into believing they're men, and things become even more complicated when the Mobsters discover that Connie and Carla are in Los Angeles. Meanwhile, Connie finds herself falling for Jeff (David Duchovny), a regular guy looking for his cross-dressing brother who can't understand why he's developing a crush on a drag queen. ~ Mark Deming, Rovi
Also in This Series

From the DVD - Widescreen version. 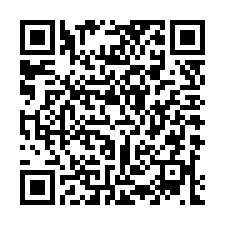