Description
Still Crazy is a film that looks back at the "rock band" era of the 1970s. Brian Gibson, who has directed musical biographies on Josephine Baker and Tina Turner, sets his narrative on a rock group, Strange Fruit, who are attempting a comeback twenty years after a bolt of lightening literally ended their career in the late 1970's. When keyboard player Tony (Stephan Rea) runs into the son of their old festival promoter, he gets the idea he could perhaps bring the aging musicians together for a revival. He goes off to search for Karen (Juliet Aubre), the band's Girl Friday and often the butt of their various ego trips. Karen, who now lives alone with her daughter, thinks it's a great idea and they set off to locate the other members. Beano (Timothy Spall), the drummer, has barricaded himself away in a trailer in his mother's garden for fear of being caught by the taxman. Ray (Bill Nighy), the lead singer, lives in a luxurious country house (beyond his means) with his second wife; he's still in the music business and has released a solo record. Les (Jimmy Nail), a great bass guitarist, is happily married, and his only regret is that his music never found the following he would have liked. As for ex-roadie Hughie (Billy Connolly), the Fruits were always his boys, and he's ready to give up his stall at Camden market and follow the dream. He would also love to see guitarist Brian again, but Brian is nowhere to be found. Karen decides to hire a much younger musician, Luke, to replace him. The re-formed band go to Holland to play a few clubs on a warm-up tour. However, the youngest member of the band is stealing the show, particularly with the members of the opposite sex. Despite efforts to stay calm and professional, the band is falling into the old routine of bickering day by day as they get close to the big reunion concert. Still Crazy was screened as part of the Panorama during the 49th International Berlin Film Festival, 1999. ~ Gönül Dönmez-Colin, Rovi
Also in This Series 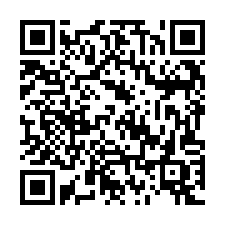