Puller Monk is a gambler. High stakes get his adrenaline flowing. But his dark side is about to catch up with him at a time when his life and the future of this nation hang in the balance.

As an FBI agent in charge of a SPIN squad (Special Inquiries), Monk's job is to investigate the background of Judge Brenda Thompson, a presidential nominee to the Supreme Court and the first African-American woman to be nominated for this high office. The judge's history appears flawless, until a seemingly innocent statement turns out to be anything but. Suddenly Monk and agent Lisa Sands are propelled down a trail of corruption and murder that leads to the top of the government, to the very heart of the Constitution, and to a face-off with a brutal killer who will stop at nothing to carry out his deadly mission.

With fascinating inside details only a former FBI agent could know, this is the ultimate cautionary tale, a rocketing thriller that twists and turns toward a stunning conclusion that will change the way you think about Washington--and the FBI--forever. 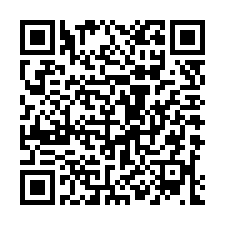