Description
Rupert Penry Jones headlines this tale of intrigue based on the bestselling novel by author John Buchan. London, 1914: Richard Hanney (Jones) has just returned from a stint in Africa, and he's already bored with life back home. That is, until he crosses paths with a man named Scudder (Eddie Marsan). Shortly after revealing himself to be a British spy, Scudder winds up dead in Hanney's flat, and it appears that Hanney is about to take the fall for the murder. If Hanney can just expose the German espionage ring that Scudder spoke about, perhaps he can prove his innocence. The authorities closing in, Hanney heads for Scotland with Scudder's coded notebook in hand, and finds himself at odds with fiery women's lib advocate Victoria Sinclair (Lydia Leonard). Personality clashes take a backseat to cooperation, however, when Hanney and Sinclair discover evidence of treason at the highest levels, and learn of a plot to invade Great Britain. If they can just identify the traitor in time, perhaps these two unlikely allies can prevent a conflict that could destabilize the entire globe. ~ Jason Buchanan, Rovi
Also in This Series 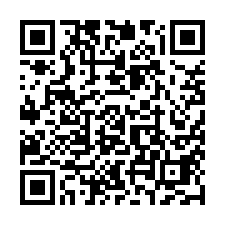