In the end it is people, not places, that are haunted.

Tommy Keeday is a talented student at a boarding school for gifted Navajo teens, located in the vast high desert of western New Mexico. When he is suddenly seized by an illness with bizarre and frightening symptoms, his family believes he is possessed by a chindi, the hostile spirit of a dead ancestor. But Julieta McCarty, the principal of Oak Springs School, is unwilling to accept either a traditional Navajo explanation or a conventional medical diagnosis. In desperation, she calls on Seattle-based parapsychologist Cree Black.

Nothing in Cree's training as a clinical psychologist or her experience as a paranormal investigator has prepared her for the dangerous task of helping this brilliant boy in whom two spirits seem to battle. Is Tommy Keeday just a sensitive but troubled teenager, or is he suffering from an exotic brain disorder? Or is there truth in the terrifying Navajo legends of witches, skinwalkers, and malevolent ghosts? As Cree and her associates struggle to find the answer, it becomes apparent that there are secrets in the pasts of Tommy and the people around him, and that his fate can only be decided by exposing these unresolved longings and regrets.

Drawing on in-depth research and personal experience, Daniel Hecht's latest novel, the second in the Cree Black series, is a thrillingly plausible supernatural mystery, a passionate love story, and a thoughtful exploration of Navajo culture and identity in modern America. 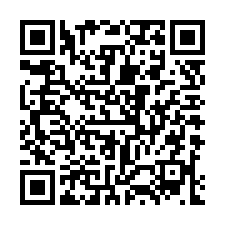