Description
In a major departure from the tone of the preceding two Superman adventure films, this mix of vile deeds and fantasy heroics drops the "S" out of cosmic and goes for comic instead. Right at the starting gate, Gus Gorman (Richard Pryor) and a subsequent slapstick sequence upstage (Christopher Reeves again), who later develops an identity crisis. Gorman, newly trained as a computer whiz, starts working for a conglomerate run by the corporate nemesis Ross Webster (Robert Vaughn), intent on world domination. Gorman is sent to Superman's small town of Smallville to wipe out Columbia's coffee crop by fiddling with the computer side of a weather satellite. Clark Kent is in town for his class reunion, leading Superman to clash with Gorman, which in turn, leads Gorman to develop a hybrid red Kryptonite. Unwittingly, since Gorman's wits are always in doubt, the Red Kryptonite causes Superman to split into a Dr. Jekyll and Mr. Hyde schizophrenia -- but in two separate bodies. As the evil Superman swaggers around town, megalomaniac Ross Webster has other tricks in mind -- and in one of the more memorable action scenes (interspersed with a video game sequence), Superman is chased through the Grand Canyon by a fast-flying, very determined missile. Lana Lang (Annette O'Toole) is on hand for romantic interest (Margot Kidder only appears briefly -- she was growing tired of Lois Lane). ~ Eleanor Mannikka, Rovi
Also in This Series 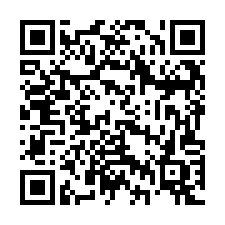