Description
Victor (Victor Rasuk), a horny teenager living on Manhattan's Lower East Side, has an afternoon rendezvous with a girl known as "Fat Donna" (Donna Maldonado). When his sister, Vicki (Krystal Rodriguez), finds out about it, she spreads word throughout the neighborhood, severely damaging what Victor thinks is his reputation. Then he and his best friend, Harold (Kevin Rivera) visit the public pool, where Victor spots the lovely Judy (Judy Marte), known locally as "Juicy Judy," and he decides to salvage his good name by pursuing her. While Judy is standoffish, Harold has better luck with her friend, Melonie (Melonie Diaz of Double Whammy). Judy's shy younger brother, Carlos (Wilfree Vasquez) agrees to help Victor get close to Judy if Victor will introduce him to Vicki. As Victor clumsily, but doggedly pursues her, Judy decides to let Victor think he's her boyfriend, in the hope that his presence will discourage neighborhood boys from harassing her all the time. Victor's strict grandmother (Altagracia Guzman) is furious when she learns that Victor introduced Vicki to a boy, and she also worries about his influence on his goody-two-shoes younger brother, Nino (Rasuk's real-life brother Silvestre). Writer/director Peter Sollett's feature debut is an expansion of his original short, Five Feet High and Rising, which featured many of the same actors. Sollett had his mostly non-professional cast improvise much of their dialogue. Raising Victor Vargas was shot by Tim Orr, who also lensed David Gordon Green's feature debut, George Washington. Raising Victor Vargas was shown at the 2003 Sundance Film Festival and at New Directors/New Films. ~ Josh Ralske, Rovi
Also in This Series 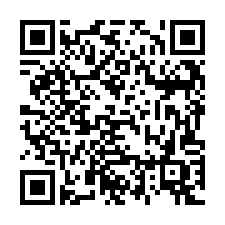