Description
The title of this documentary was inspired by the mantra recited by those in charge of the Vietnam War: "In order to win the war, we must win the hearts and minds of the people." The failure to achieve this, coupled with the disastrous no-win policies of the higher-ups, is the nucleus of this film, put together by director Peter Davis in the same manner as Marcel Ophuls' The Sorrow and the Pity. Like the Ophuls film, Davis juxtaposes news footage of the Vietnam war with interviews conducted with its observers and participants, interspersing vignettes of the fatuous comments made by the generals and politicians. The film was briefly withdrawn from distribution when Walter Rostow, one-time advisor to President Johnson, insisted that his reputation had been damaged and demanded that the two minutes featuring Rostow on-camera be deleted. More controversy arose when Hearts and Minds won the Best Documentary Oscar, whereupon the Academy issued a statement--read during the awards ceremony by Frank Sinatra--that it did not condone or advocate the volatile statements made by the producers during their acceptance speech. ~ Hal Erickson, Rovi
Also in This Series 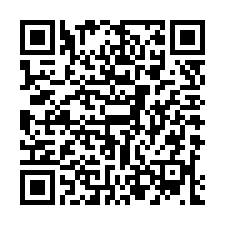