I served the king of England »

I served the king of England

Description
Despite the 1997 death of longtime friend and Closely Watched Trains collaborator Bohumil Hrabal, 1960s-era Czech New Wave filmmaker Jirí Menzel enters into a postmortem collaboration with the famed author in this pitch-black comedy detailing the shrewd rise of an ambitious waiter. All diminutive manservant Jan Dite (Ivan Barnev) ever wanted was to be filthy rich and to preside over his very own hotel. As a young man coming of age in the 1930s, Jan was preoccupied by beautiful women and awestricken by the fact that anyone, be they rich or poor, would bend to their knees to pick up a coin. With World War II fast approaching and the Germans steadily taking occupation of Czech territory, the opportunistic servant begins his rapid ascent up the hospitality ladder by working for a number of high-profile figures. Though Jan was never a man to settle down with just one woman, his growing attraction to Aryan beauty Liza (Julia Jentsch) soon finds the aspiring hotelier proposing marriage. Of course, a blueblood Teuton like Liza could never wed a man unable to provide proof of his German heritage, but that doesn't stop Jan from doing his best to please her in the bedroom. Later, when Liza is killed retrieving a box of valuable stamps acquired during her stint at the Russian front, Jan uses the valuable collector's items to purchase the very hotel in which he used to work. Unfortunately for Jan, good luck is always followed by bad news, and it's not long before his life's ambition comes crumbling down all around him. ~ Jason Buchanan, Rovi
Also in This Series 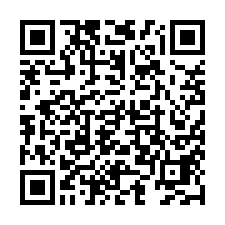